Come on you Irons!

The Works: This major branding package consisted of internal and external signage for West Ham’s new home within the Olympic stadium. The package was delivered over two, three-week phases and consisted of the iconic West Ham United marquee signage that stands 3 metres on top of the stadium roof. Other bespoke work completed at the stadium included the VIP entrance and the pop-up tunnel leading the players out onto the pitch. Around the inner concourse, giant replicas of the legends football shirts, trophies, crossed hammer logos and slogans were also fabricated and brought to life. 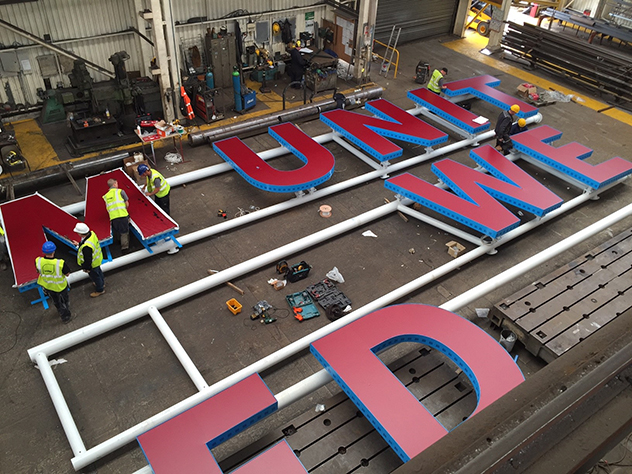 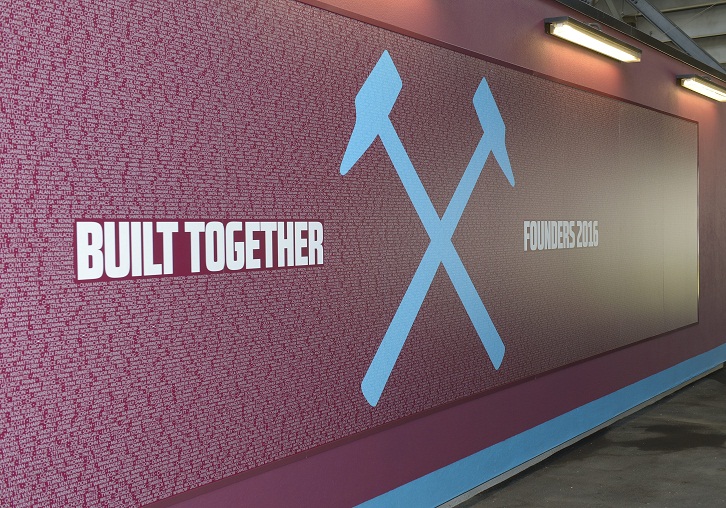 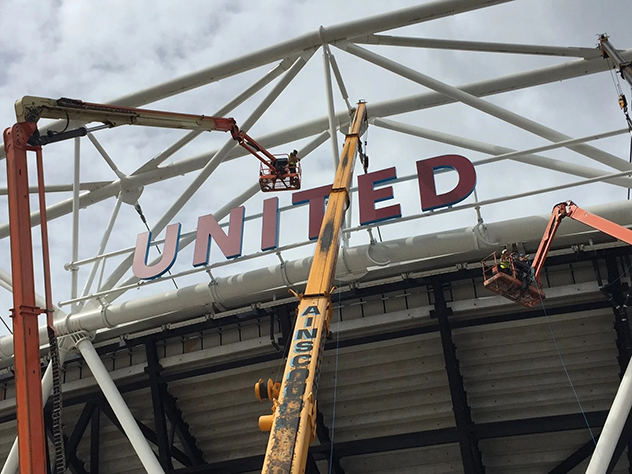 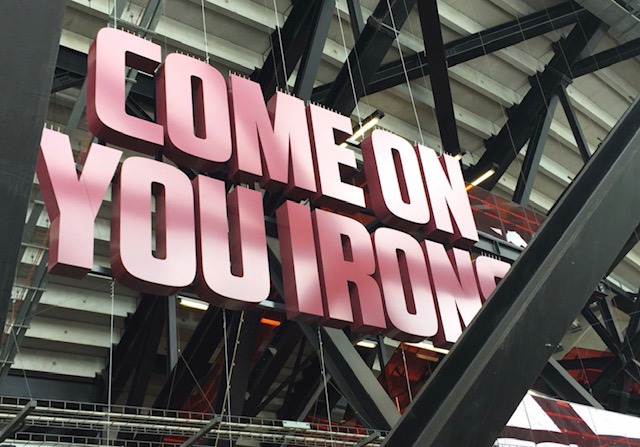 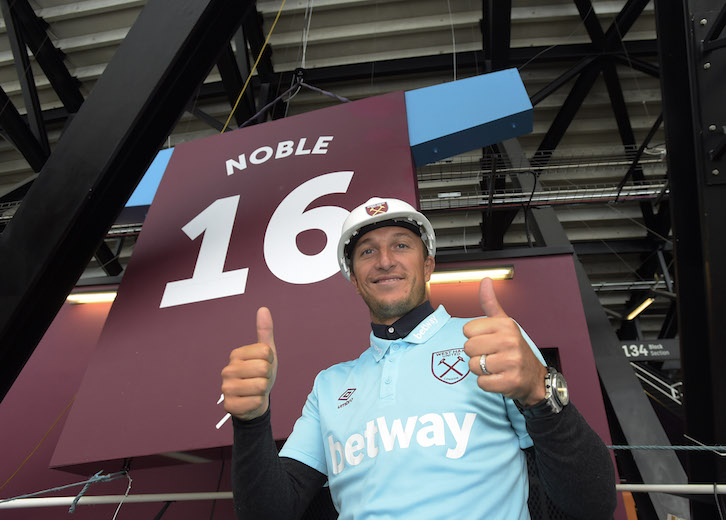 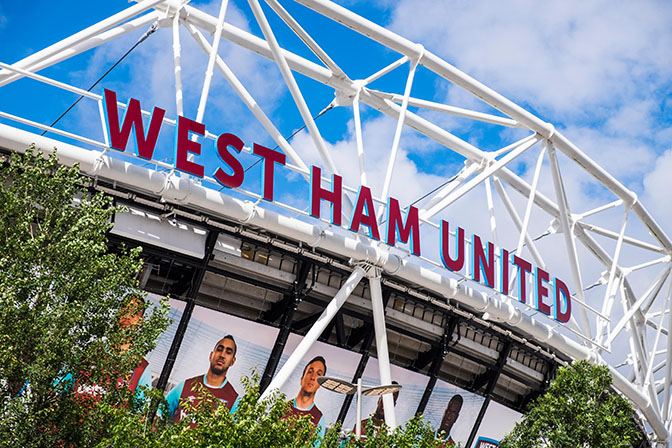